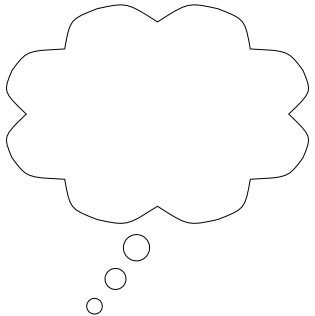 If dogs were teachers, you would learn stuff like.....

For years I've heard that a dog's memory is only 3 or 5 or 10 minutes long, and then they forget what you just taught them. HAH! After being away from people all night, must you re-teach your dog its name every morning?

Notice how this type of drivel always comes from an absolute authority on learning, memory, and animal neurological acquisition system functions? SURE!

Something must be learned before it can be remembered, and it must be perceived to be learned. If at a lecture I'm so distracted by a stunning dog or a gorgeous human that I didn't hear the last remark, I will not remember it because I never heard it, so I never learned it in the first place. And some things the speaker says will have more impact on and relevance to me than others, so my increased interest in certain things makes them far more likely to be retained in my memory.

Some things powerfully enhance learning and memory. Trauma, for example. You're not likely to forget something you learned that badly traumatized you when it happened. And it doesn't have to happen often. Trauma is a very powerful memory enhancer. Do you really want to strike, choke, or hang a dog?

Joyful fun also enhances memory. You likely learned the alphabet at almost the same age you learned the times tables, from the same teachers, in the same school, with the same classmates, and both subjects were given equal importance. But - don't lie! - you remember the alphabet much better than the times tables. Why? Because you not only learned the letters, you COLORED them and SANG them and PLAYED them and WORE them and ACTED THEM OUT! You were the A and Billy was the C and Sally was the T and together you spelled CAT! But you DRILLED the times tables. "Six times eight is forty-eight! Six times nine is fifty-four!" No fun there. Unless your work entails mental multiplication, you likely were anxious to put the times tables behind you right after that final exam!

That's not unique to humans. Many years ago when I was first taught how to train dogs, I noticed that dogs learned faster during our play sessions following the classes! It might take several minutes, or even several sessions, to make sure they knew the correct responses to commands, but they learned the difference between "ball" and "ring" and "rope" NOW! They were FUN, PLAYFUL things! I realized I was teaching more quickly and efficiently during our play sessions than during the classes! So, not only did I end up (hopefully) teaching them something, they taught me a great deal.

I've been fortunate to have many fine teachers. Most of them were animals.

Don't underestimate canine memory. If they forgot where the good hunting spots were 10 minutes later, they'd have gone extinct millions of years ago. Enhance retention with fun, playful repetition and dogs will impress you with their incredibly long memories!